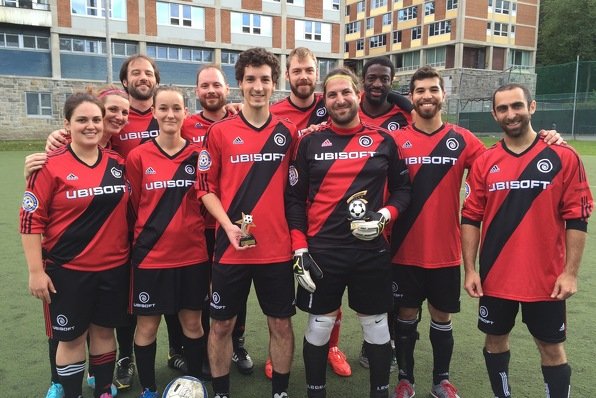 The Canadian Corporate Soccer League (CCSL) is expanding its operations to Toronto. President Albert Zbily announced that the launch of the new office plays an important role in the long-term concept of the organization. The first regular season will kick off in September.

The CCSL has revealed the plan to start a co-ed recreational soccer league in Toronto this fall. After months of negotiations, the city finally gave the permission to carry out the project. Albert Zbily and his staff are now eager to establish a permanent presence in the capital of Ontario. “We always wanted to promote amateur soccer in every province of Canada. Since we have a strong following with our league in Montreal over the last couple of years, we decided that it is time to make the next step”, said the CCSL-President in a brief statement. “Opening an office in Toronto is part of our growth strategy.”

The launch of the new league, which will include eight match days in the first regular season, might be challenging in the beginning. However, the players can look forward to compete in a professional environment right of the bat. The teams are going to play on the St. Patrick Field, a high quality turf pitch in the north-east of Toronto. FIFCO accredited referees will officiate the games every week. Fans can access the matches for free or check out the real time stats on the homepage of the Canadian Corporate Soccer League. The season opener is scheduled to kick off on September, 11th at 6:00 pm.

Joining the CCSL in Toronto will change the daily routine of each participant in a positive way. It is going to give employees the chance to keep in shape, while having fun with their colleagues outside the office. Since the success of a soccer team is built upon an excellent organization, competing in the CCSL will ultimately improve the chemistry between co-workers. That is also the reason why each company, which signs up to play in the brand-new Toronto league, is going to benefit from happier and more productive employees in the long-run.

The registrations for the semi-competitive and recreational CCSL-Divisions in Toronto are now open until the beginning of September. Companies can download the brochure and sign-up directly on-line to reserve their spot. Individual registration is available at every level of play. If you can recommend a new team for the league in Toronto to us, you will have the opportunity to win a Beats EP Headset by Dr. Dre. For further information, please visit us at http://www.corporatesoccer.ca/en/page/toronto_registration_2017.html.